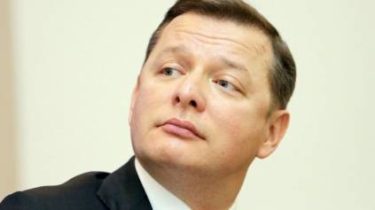 Beginning to take the lottery and associates Lyashko

A few days ago was the deadline that the Solomensky court of the capital provided access to the detectives of the results of prizes of the national lottery with the participation of Oleg Lyashko, says TSN.19.30.

Let me remind you that the anti-corruption Bureau began checking dof declaratii main radical, after the appearance in it of a half-million of winning.

The main opposition leader. Free radical. The defender of the weak peasants and the fighter with oligarchs, and even the richest MP. His success is jealous even of the anti-corruption Prosecutor with a salary of one hundred seventy-five thousand.

“For me complete happiness is not enough house in Kozin and luck in the lottery, Oleg V.”, – said the official.

Last year Oleg Lyashko bought a house in Kozina for 15 million and won over half a million hryvnia in the lottery. While he was carrying as many as three times. First, he won almost 284 thousand, 134 thousand and then finally, another 153 thousand UAH. Fortuna Lyashko first surprised the experts on the theory of probability.

“One ten-millionth is such a possibility, if you bought one lottery ticket and vignali,” says the Professor of mathematics.

The people’s Deputy Kaplin appealed to the national lottery with a request and received a response.

The Director of the center of counteraction of corruption Vitaly Shabunin sure that the Declaration of the people’s Deputy Oleg Lyashko winsthat never happened – is the legalization of the proceeds of corruption.

“Overall, this is a classic example that is used throughout the world when illegal profits are legalized through a lottery. Or using the prize cards, or through money at the casino” – said Shabunin.

Last year for Oleg Valerevich has become extremely successful. In addition to his estate in the exclusive Kozin, he finished building the house and his unemployed civilian wife Rosita and put her out of public transport on road SUV, valued at two and a half million hryvnias.

Journalists TSN several times referred to the “Radical party” Oleg Lyashko personally. Neither his colleagues nor he in spite of all the scandalous situation not comment. In NABOO, to speak on camera about the investigation refused and sent the answer by mail. Now this production is marked “confidential”.

A few days ago was the deadline that the Solomensky court of the capital has been shared with the detectives to the winning outcomes of the national lottery with the participation of Oleg Lyashko. Recall that the anti-corruption Bureau has started checking the Declaration of the main radical after the appearance in it of a half-million of winning. 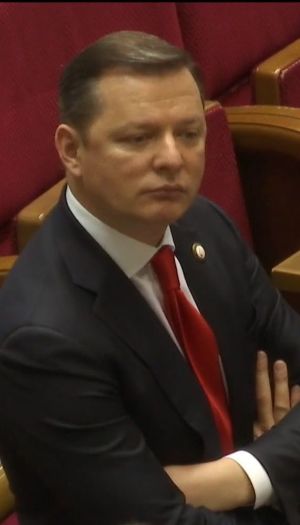 It is obvious that the scheme of the Declaration of the prize money to the radicals liked it. In the new Declaration of winnings in the national lottery boasted colleague Lyashko, people’s Deputy Alexey Lena. He, however, was less fortunate than Chuck, the win was only 76 thousand 500 hryvnias.