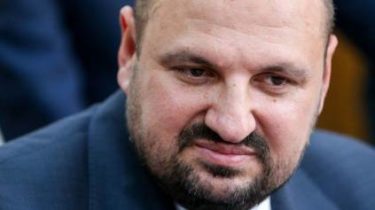 The controversial MP has lifted a ban on travel abroad.

The Solomensky district court of Kiev prolonged the measure of restraint to the defendant in the “amber case”, people’s Deputy Borislav Rosenblatt, allowing to travel abroad.

This was stated by the lawyer of the people’s Deputy Alexey Shevchuk, writes “Ukrainian truth”.

“To extend the duties… imposed on the suspect Borislav Rosenblatt-for… for 60 days, from 5 April until 3 June, namely, to arrive at the request of the investigator, Prosecutor and court; to notify change of place of residence and place of work”, – stated in the decree of the court.

Also, the judge extended the duty to refrain from communicating with the people involved in the case, listing their names.

At the same time, the obligation to surrender the foreign passport has not been renewed.

According to Shevchuk, the defense gave the judge a few orders of the Chairman of the Verkhovna Rada Andrew Parubiy on the need for Rosenblatt to leave on a business trip, particularly a trip scheduled from 8 to 12 April in the UAE.

In turn, the National police confirmed to the paper that received the application of the Rosenblatt about the fake signatures.

“He provided a copy of the expert opinion of GNECC MIA. The statement was in Kiev and sent to the Prosecutor for inspection and acceptance protsessualnogo decision”, – said the speaker of Ukraine Yaroslav was Trakalo.