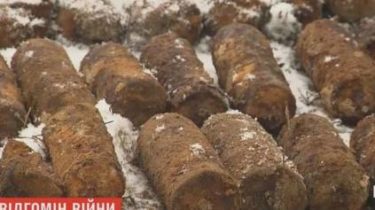 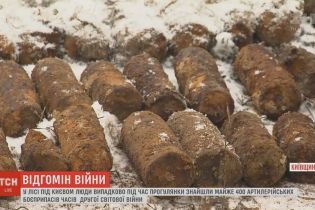 Ammunition is destroyed on the ground.

In the forest near the village of Bykivnia in the center Brovarsky Avenue in Kiev found 25 artillery shells of times of the Second world war.

About it reports a press-service of the State service of Ukraine for emergency situations.

It is reported that the rescue service “101” received a message about ammunition 6 April. Bomb experts went to the scene and found an artillery shell D-152 mm, one – D-122 mm, 23 update – D-76mm, and one bomber. Ammunition is destroyed on the ground.

In addition, it is noted that one artillery projectile D-155 mm was found in the woods on the Extreme street in the Desnyansky district of Kiev.

In SSES also reported that since the beginning of the year on the territory of Kiev found and destroyed 73 explosive subjects of times of the Second world war.