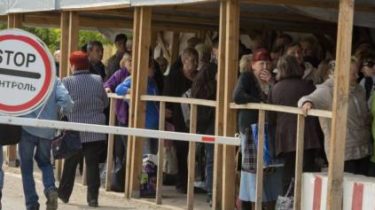 After the holidays the crossing regime will return to the usual format.

The Ukrainian military has simplified regime of entry and exit from the temporarily occupied territories of Donetsk and Lugansk regions before the Easter holidays.

“During the Easter holidays for residents of certain settlements located on the contact line, where the operational environment allows, the simplified mode of crossing the demarcation line for 72 hours, beginning at 8:00 PM April 7, 2018”, – stated in the message.

The command notes that this is a step towards the frontline settlements, so they were able to get to your family and friends to celebrate.

After the holidays, the mode of crossing the demarcation line will return to the usual format.

We will remind, for the past days in zone anti-terrorist operation fighters of illegal armed formations so-called “L/DNR” implemented 42 of the shelling of the strongholds of the Armed forces of Ukraine. As a result of enemy fire, two Ukrainian servicemen were injured.