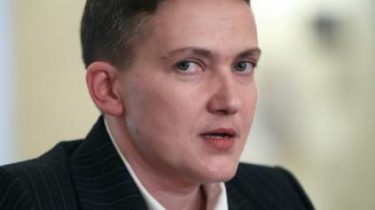 The doctors took tests, but refused to speak with Vera Savchenko.

To the people’s Deputy Nadezhda Savchenkowho is in jail, came doctors.

This was announced on his page on Facebook by her sister Vera.

“The Hope was imminent. Took the tests”, – she wrote.

According to Vera Savchenko, her doctors refused to talk.

Hope was fast. Took the tests. With me, the doctors refused to talk. #Nada