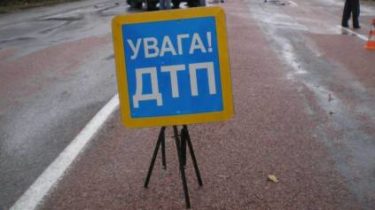 Traffic accident occurred in the band from Troeschina towards metro station “pochayna”.

On the North bridge in Kiev taxi “Bogdan” No. 150 crashed into a car of the patrol police.

About it reports “the Kiev Operational” on Sunday on the page in Facebook.

Traffic accident occurred in the band from Troeschina towards metro station “pochayna”. According to preliminary information, the bus “Bogdan brakes failed and he drove into the back of the official car “Toyota”.

“Law enforcement at this point was to persuade young “Yamakasi” to get off the supports of the bridge,” the report States.