In Kiev, brutally beat up the doctor who told about corruption in the medical facility 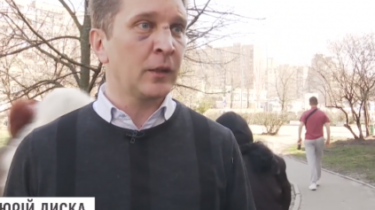 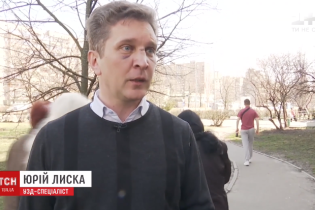 In Kiev, brutally beat up the doctor who told about corruption in the medical facility

Last year was attacked by another doctor of the medical center, which did not remain silent about the extortion.

The result of the attack – the black eyes, the split eyebrow and broken nose.

According to the victim, did it for his active struggle against corruption in the medical institution where he works – Kyiv diagnostic center of Desnyansky district.

The black eyes, the split eyebrow and broken nose – the result of an attack of two unknown ultrasound technician George Flatted. Medic attacked in broad daylight at the clinic where he works. I am convinced, was beaten for openly standing up against corruption that is being imposed on heads of institutions. 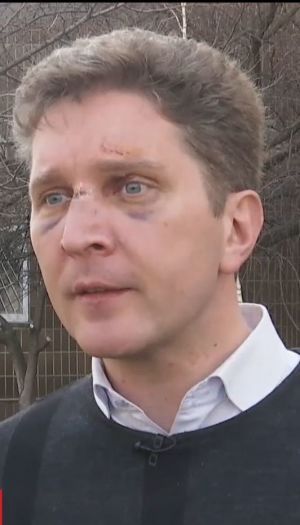 And this is not the first attack, says Liska. Beat him last year and threatened with a gun.

It all started back in 2014. According to the physician, the management diagnostic center of Desnyanskiy district of Kiev, established the so-called plan for employees. Physicians should month to collect from patients a certain amount and tell them. Moreover, he argued, the facility illegally opened a laboratory for the manufacture of dentures and crowns.

Liska – not the only one who talked about corruption. Did not remain silent and dentist Natalia Protsenko. It was attacked last year and threatened to kill children. The threats she blames personally to the head of medical institution Yuri Limara.

In turn Lymar denies all allegations and extortions and clandestine laboratory, and puts forward his version of the beating Liski.

“On the website of the court of Shevchenko there are two things that are considered that Yury Petrovich lent the women money for the construction of the house. Overall 96 thousand dollars. I have no reason to beat Yuri Petrovich”, – assured Lymar.

The city Council said that repeatedly verified by the facts of corruption are discovered. However, the attack on a medical reason to reconvene the Commission.

While in the diagnostic center waiting for a Commission from the city Council, Yuriy Liska filed a statement to the police. He says he remembers his attackers in the face.