“It will be very painful”, – KOBOLEV about the losses of Ukraine after the termination of transit of Russian gas 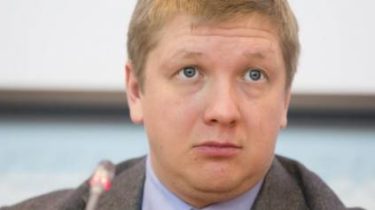 “It will be very painful”, – KOBOLEV about the losses of Ukraine after the termination of transit of Russian gas

The total annual losses would be $ 3.5 billion.

In an interview with Deutsche Welle said the head of “Naftogaz of Ukraine” Andriy KOBOLEV.

COBOL is convinced that Putin’s Russia seeks to suppress Ukraine not only economically.

“At least economically, in a soft scenario. Hard when we are talking about military action,” – said KOBOLEV.

Kiev opposes the project “Nord stream-2“gas pipeline to Europe bypassing Ukraine. Some experts say that the project is very profitable for Germany, but is fraught with losses for a number of countries, including Ukraine, Poland and Slovakia.

“In the first phase the German economy will get the cheapest gas in Europe compared to the neighbors. This will increase its competitiveness. Germany will become the only gas hub for Russian gas in Europe. The strategy of “Gazprom” now is to be the most beneficial supplier. Therefore, in the short term, Germany will get advantage from it. Then there will be something that Russia in the past has done for years. This so-called tactic of “divide and conquer”. Putin calls to Poland and say: “you Want to get the cheapest gas as it gets to Germany? Its economy is more competitive than yours, and that’s not very fair. If you want to get the same competitive advantage, let’s talk about that and other issues”. Then he calls in Slovakia, Hungary and other countries of Central and Eastern Europe. So he’s going to get split. And by making a split in the European Union, it is possible to achieve many geopolitical goals. Such gifts are never free,” – said the head of “Naftogaz”.

At the first stage it will be a political price.

“Germany will lose the opportunity to appeal to the concept of solidarity. For example, on such an important topic as migrants. I heard from representatives of many Central European countries: “Germany asks us to adhere to the principle of solidarity in the issue of migrants, but when it comes to gas, on all principles are forgotten”. In addition, when Germany will become the Central point of the receiving gas, and transit through Ukraine will no longer be a will to blackmail Berlin as he makes it to Kiev – while playing with the interruptions of gas supplies,” – said KOBOLEV.

Against the pipeline “Nord stream-2” there are political and economic arguments.

Gazprom already occupies a dominant position. This pipeline will strengthen their dominance. “Gazprom” is known for abusing its dominant position in the market. Ukraine for several years has been forced to pay the highest price for gas among Central European countries. If such is the dominance of gets to the German market, in some point, Moscow will put Berlin on it”, – says Korolev.

Meanwhile, in “Gazprom” stated that it was never the question of waiver of gas transit through Ukraine.