A mysterious death in Kiev prison: the Ministry of justice claim that the man crippled himself 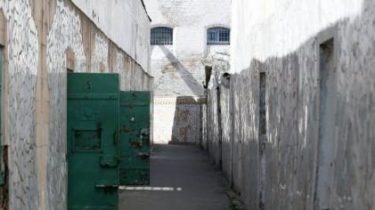 A mysterious death in Kiev prison: the Ministry of justice claim that the man crippled himself

22-year-old convict died a few days after been found in Lukyanovka jail.

In Kiev, died in hospital a 22-year-old convict who was serving a sentence in prison Lukianivska and was admitted to the hospital with multiple injuries.

This was reported by press Secretary of the Deputy Minister of justice Yury Maslak, writes “Gromadske radio”.

“April 3, a resident of Kiev was convicted of theft. The same day he was taken to Lukyanivka prison. At first he was placed in a cell, then he started to behave inappropriately and show a riot – Bang your head on things in the wall,” he said.

According to Maslak, April 5, the convict was transferred to a special cell in the medical unit, where because of injuries he received in the previous cell, he got worse. After that, the man was hospitalized in clinical hospital.

“The convict died on 9 APR at 12:40 in the intensive care unit at the Kyiv city clinical hospital”, – said the press Secretary of the Minister.

As noted previously the man was diagnosed with bruises, contusions and hematomas of the person and also an open head injury.

At the same time Maslak noted that the doctors found no traces of violent death, now with the body work of forensic medical experts set the final cause of death.