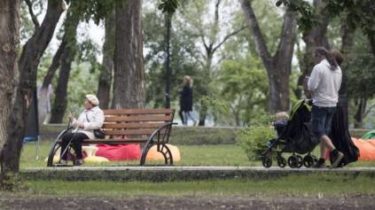 The temperature broke the record in 1959.

Today, April 11, in the capital recorded a record high temperature.

It is reported by the Central geophysical Observatory named after Boris Sreznevsky.

Crumbled in the trash. In the spring with the snow from the roads came off the asphalt

As noted, the thermometer rose to the level of 24.4 degrees. This is 1.7 degrees above pre-historical values for this day in 1959. Because of the increased temperature background may increase average daily temperatures, the report said.

We will remind, on Thursday, April 12, part of Ukraine will pour rain and it will be up to 24 degrees Celsius. Precipitation is expected mainly in the Western and southern regions.