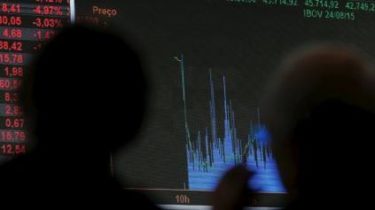 After trump’s threats against Russia over chemical attack in Syria, the main indices of the Moscow exchange went down.

At the time of publication, the RTS index fell by 2.6%, while the index of the Moscow exchange trading in the zero range. Thus for one dollar give 64.5 ruble, and the Euro 79.9 ruble. The figures were even lower.

We will remind, the rapid collapse of the ruble in Russia will lead to rise in prices of food, medicine, clothing and equipment. Most sellers of non-food items 80% dependent on foreign supplies, that is, the cost depends on the currency.

Through this attack, the UN security Council gathered for an emergency meeting. Russia’s representative to the UN says the West treats Moscow rude. No bodies Russian experts do not see patients in the hospital too, did not notice. But, says Syrian rebels make and use chemical weapons.