38 attacks from militants. A day in the area ATO 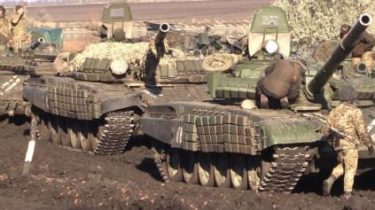 38 attacks from militants. A day in the area ATO

For the past day militants carried out 38 attacks of positions of the Ukrainian military.

The militants of the night covered with fire houses in the old town, the police qualified the attack as a terrorist attack

In particular, at the Donetsk direction of the 120 and 82 mm mortars and grenade launchers of various systems was conducted fire on fortifications in the area of the Sands and the Mine Butovka. 82 mm mortars were applied near Novotroitsk, and the armament of the tank near the Heater. Also rocket-propelled grenades were fired on the military in the districts of the Town of Talakivka, Marinka, Water and Food, from heavy machine guns in the areas of the Heater, Hnutove, Experienced, Water, Sand, Novotroitsk and Pavlopol, but from the weapons of the BMP – Hnutove, Sand, Nevel and Food technologist. In addition, small arms militants shelled positions near Avdeevka, Lebedinsky, Kamenka Mine Butovka, Talakovka, Gnutovo and Water, and near Marinka sniper fire was conducted.

On Lugansk the direction from the forbidden 120 mm mortars fighters fired at Ukrainian strongholds under the Trinity, and from small arms fired at military in the Village of Lugansk.

Earlier it was reported that in the village of sandy Luhansk region on the demarcation line in the ATO area an explosive device blew up a car with his family, killed 57-year-old wife and their 38-year-old son with his common-law wife-peers.

Videozilla family struck a mine in the Luhansk region

The tragedy occurred on the demarcation line in the village sand. Residents of the Village Lugansk – husband, wife and son and daughter – in-law vanished on Saturday; their neighbor called the police and reported that the family went somewhere on his “Field” and never returned. And on Wednesday, near the river Seversky Donets found the car with traces of the explosion and four mutilated bodies. According to preliminary information, the car ran over laid by terrorists anti-tank mine. 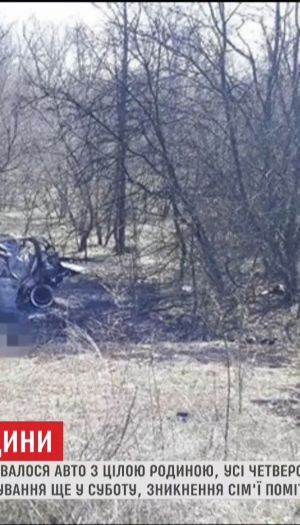