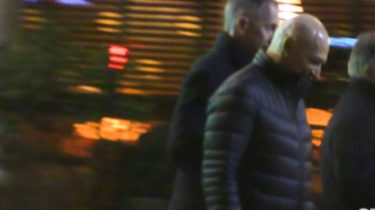 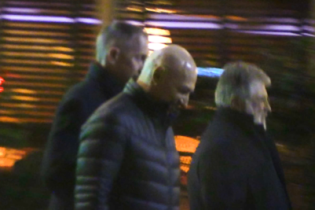 A secret meeting took place two weeks ago in Geneva.

March 26, evening in Geneva, Switzerland in the restaurant at the Four Seasons held a two-hour meeting of the former owners of “PrivatBank” Igor Kolomoysky, Gennady Bogolyubov and former head of the presidential administration of Ukraine Boris Lozhkin.

This is stated in the plot of the program “Schemes”.

What about one of the companions of Poroshenko and the business is unknown. It could go on the media support, in exchange for the preservation of assets or assistance in the resolution of cases in the Ukrainian courts, journalists assume.

Lozhkin about that meeting talk to do not want. Later, his press Secretary sent a written response:

“Boris Lozhkin does not and can not conduct any negotiations on behalf of the President of Petro Poroshenko, because for almost two years does not take positions in the presidential Administration, and not its adviser or representative. After completion of the work in the presidential Administration Boris Lozhkin has returned to private business is the consistent position of Mr. Lozhkin, which he voiced at the time of assuming the position of head of the presidential administration, which in the end kept. Borys Lozhkin is not engaged in and does not intend to engage in politics. Now all the meetings that he holds, are private, and relate exclusively to the Mr. Lozhkin, his business or personal life.”

“They are old friends. In addition, were partners. They have much to discuss and nothing to talk about. I joined them when they went to dinner. We talked about the Ukrainian realities, talking about politics, about the prospects, about the fact that Peter will never be President anymore. Told how run away from all of Peter Poroshenko, as already thinking, as from him quickly to hide, not to stay on this ship and don’t crash into that iceberg”,– said Kolomoisky.

He added that it was a meeting “of the Ukrainians living in Geneva with a man who came from the “mainland” (referring Lozhkin).

Answer from Poroshenko, Lozhkin whether he is authorized to negotiate on its behalf, no.