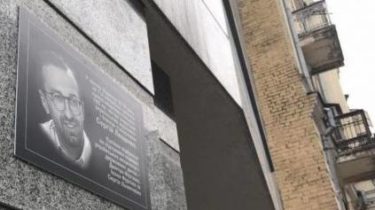 Memo has been a little over 5 hours.

Unknown hung a commemorative plaque on the house, which owns an apartment by the MP Serhiy Leshchenko, says the story TSN.19:30.

It should preserve the memory of buying a fighter against corruption apartments for 7,5 million hryvnias in the city center.

Videocassette hung a commemorative plaque to Sergei Leshchenko on the house where he bought a house for 7.5 million

The Board contained a photo of the MP and the list of sponsors who allegedly helped in the purchase of housing Deputy. Hung a reminder just over 5 hours, who hung it on the building is unknown, although the house and there is a surveillance camera. 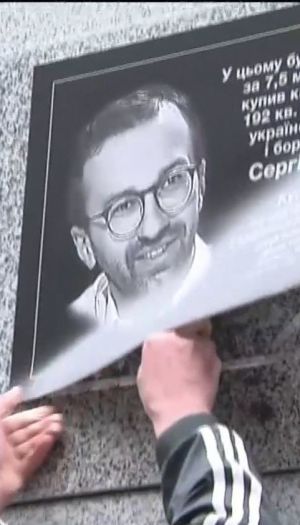 The Board contained a photo of the MP and the list of sponsors who allegedly helped him in the purchase of luxury housing. 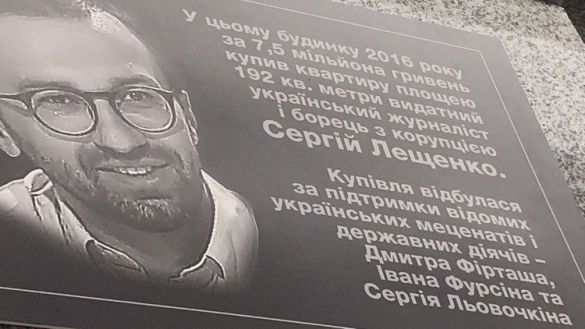 According to the “Depo Kiev”, a sign posted by unknown guys with cameras, who have said that they have permission to install the Board. However, to show the guard, they refused.

To contact the member by telephone failed, but we know that the sign he had not yet seen – the neighbors promised to show and pass the plate, startow from the wall.