Missing a grader was seen in the village near Kiev 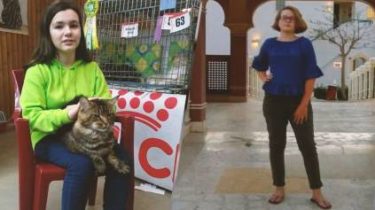 Missing a grader was seen in the village near Kiev

The search for the girls continues.

Since the morning parents, relatives and friends of the missing girls are combing the woods to the red Farm. That’s where a mobile tower fixed connection with a mobile one of the girls, the correspondent of TSN.

The witnesses who identified the girls for signs and things that they carried with him, claim to have seen the girls in a village about 40 km from the scene of the search. Parents of the witnesses said that the girls got into the car blue and left in an unknown direction.

Recall, Barbara and Diana escaped from the Lyceum on 10 April. They turned off the phones and didn’t come home. Classmates even made a video like high school girls ran out of the door of the institution. They escaped with the third lesson.

In the personal diary of a 12-year-old Barbara, her mother Tatiana found an escape plan that children have developed over several months. According to him, the girls planned to hike and ride a few hundred kilometers to the city pjatihatki, Dnipropetrovsk region. There they set up a meeting another girl, supposedly the same age as them. Her children are e-mailing.

Girls on Tuesday ran away from school and turn off the phone. Diana’s parents Kremenskoy and Varvara Dmitrieva for the third day combed through and cling ads with pictures of children. In the personal diary of one of the girls found an escape plan. Schoolgirl wanted to walk and ride a few hundred kilometres within the Dnipropetrovsk region. 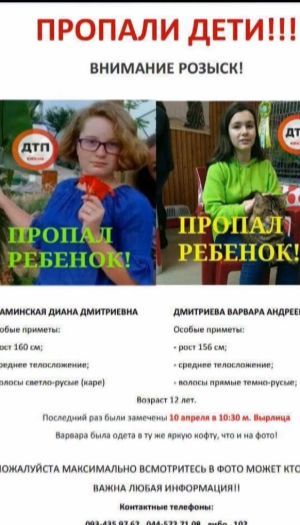