In the Donbas the militants fired across the demarcation line. Chronicle of the ATO 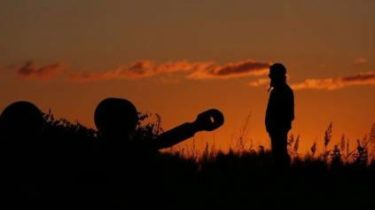 In the Donbas the militants fired across the demarcation line. Chronicle of the ATO

Information on casualties among the Ukrainian military no.

Within Friday, April 13, in the area of ATO in the Donbas the militants 20 times opened fire at positions of the Ukrainian army.

“The aggressor continues to enforce Minsk agreements prohibited weapon. As a result of enemy shelling, one Ukrainian soldier was injured”, – stated in the summary of the press center of staff ATO.

On Lugansk the direction of the 120-mm and 82-mm mortars, infantry fighting vehicles, rocket-propelled grenades and heavy machine guns, the militants fired on the Ukrainian fortifications under the Trinity. Also, mortars caliber 82 mm they used in the Crimean, and heavy machine guns – near Svetlodarsk.

How to change the front line in the Donbas over the past four years, see the two-minute videointerface on Dnia this link.

Night in the area of Pisky in the Donetsk region died Ukrainian soldier. Sniper militants shot and killed Denis Nasosnogo fighter 34 separate infantry battalion resident of Henichesk. This information was published by the media of Kherson region. The man had just returned from a holiday in front.