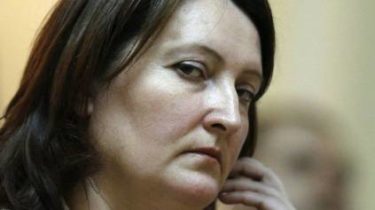 The former head of the Agency will check the Declaration for 2015 and 2016.

The national Agency for prevention of corruption was appointed to conduct a full verification of electronic declarations for 2015 and 2016 member of the NACP Natalia Korchak.

About it reported in a press-service of the national Agency.

“The national Agency for prevention of corruption at its meeting took the decision to conduct a full verification of electronic declarations 4 persons authorized to perform state functions or local government, for 2015 and 2016”, – stated in the message.

As noted, will be checked, in particular the Declaration of the current member of the NACP Natalia Korchak, which at the time of the Declaration was the head of the Agency.

“Investigation of the returns will last for 60 calendar days and will begin on the following day these decisions”, – added in the NACP.

In turn, Korczak wrote on his page in Facebook that information from the National anticorruption Bureau of Ukraine, on the basis of which was assigned to review its declarations, is the pressure on her.

“I believe that the information from the NABS, which will test the declarations, is the pressure on me and attempt to discredit the activities of the NACP, a kind of “Alaverdi” initiated check of declarations by top officials and heads of anti – corruption bodies,” she said.

Recall, March 28, Chairman of the National Agency for prevention of corruption at the extraordinary meeting, was elected a member of the NACP Olexander Mangul.