Savchenko has agreed to eat for interrogation on a polygraph 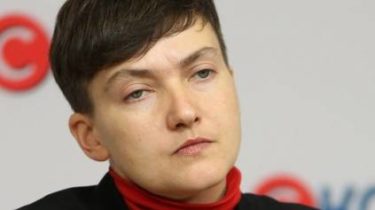 Savchenko has agreed to eat for interrogation on a polygraph

The MP has decided to cancel more than 20 days fasting.

The people’s Deputy of Ukraine Hope Savchenko, a suspect in preparation of a terrorist attack in the center of Kiev, agreed to eat, so that the polygraph was able to fix correct the results of the interrogation.

This was announced on his page in Facebook the people’s Deputy’s sister Vera Savchenko.

“Polygraph examiners stated that the polygraph procedure is the person in a state of hunger can not pass. Because the body is malnourished, the heart beats irregularly and the body temperature is above normal. The results will be incorrect. Hope decided to suspend, but not terminate her hungry protest, to undergo a polygraph”, – she said.

According to Vera Savchenko, so her sister wants to “dot the “I” in lie of the Prosecutor General and other neopolitical and handheld services.”

“So they had no chance to blame Hope in an attempt to avoid the procedure a polygraph”, – the woman added.

We will remind, earlier Nadezhda Savchenko was questioned on the polygraph, but to no avail. The lie detector was not able to fix the correct results, and the experts who interviewed the defendant cannot evaluate the truthfulness of the answers.