Omeljan said Ukraine will punish the builders of the bridge Kerchenskogo 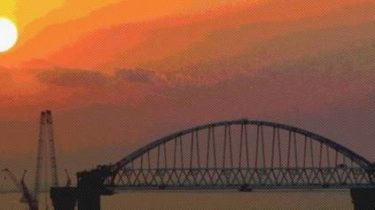 Omeljan said Ukraine will punish the builders of the bridge Kerchenskogo

Problem is the only technique that can use different schemes.

Companies that build for the occupation authorities Kerch bridge to Crimea will be included in the sanctions list, which will provide Ukraine and its allies.

About it “Crimea.The realities of TV,” said Minister of infrastructure of Ukraine Vladimir Omelian.

“We are monitoring all of the contractors who work in this object and include them in the list of sanctions. We would like to inform other States, the allies of Ukraine on the incorporation of companies to the blacklist. Regarding the technique, here is another question. If these were direct contacts, we react. And if you were purchasing from third-fourth hand, react more complicated, because it was not in direct contact with the manufacturer,” – said the Minister.

Note that according to the plans of Moscow, the traffic of trucks on the bridge is scheduled to open in autumn 2018.

April 10, Petro Poroshenko announced that Ukraine will expand sanctions against Russia. We are talking about the Russian oligarchs, in particular, Oleg Deripaska.