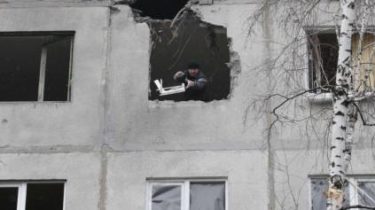 As a result of enemy shelling none of the Ukrainian military was not injured.

The militants of illegal armed groups Sunday 24 times violated the ceasefire regime in the Donbas, continuing to use Minsk agreements prohibited weapons.

The militants gave the body of the Ukrainian military, who went missing

On Donetsk the direction fighters from 120 mm and 82 mm mortars fired Ukrainian military positions near Pavlopol. Of the 82 mm mortars, APCS, grenade launchers, heavy machine guns and small arms, the invaders were beaten on the Sand, and rocket-propelled grenades and small arms fired at the fortifications of the ATO forces under the Water, Pavlopol and Avdiyivka. Granulometry also under fire hit the Ukrainian military in the area of the mine Butovka and near Novotroitsk enemy sniper worked.

On Lugansk the direction fighters from 120 mm and 82 mm mortars opened fire in the direction of Lugansk and Svetlodarsk. In addition, rocket-propelled grenades and heavy machine guns fired at the positions of AFU near Novoluganskogo, and from APCS under Luhansk and Trinity.

As a result of enemy shelling, one Ukrainian soldier was injured.

We will remind, for the last day, April 14, there were 52 attacks on positions of Ukrainian military. In the fighting three soldiers were injured.

Night in the area of Pisky in the Donetsk region died Ukrainian soldier. He was a soldier of the 34th separate mechanized infantry battalion, a resident of Henichesk. This information was published by the media of Kherson region. The man just returned from vacation to the front. In General in days fighters 66 times fired at positions of the APU. 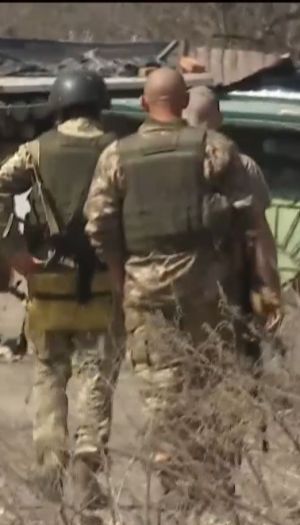