The UOC-MP was accused of lying. The clergy were distributing fake about the capture of the “Azov” of the temple 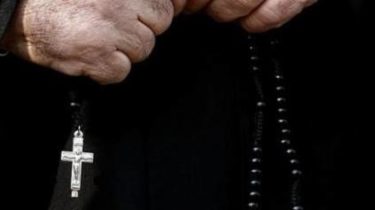 The UOC-MP was accused of lying. The clergy were distributing fake about the capture of the “Azov” of the temple

The priest of the UOC-MP © RBC-Ukraine

The surveillance camera did not record any fighters with the weapon.

In the Holy week before Easter inflamed religious scandal in the village of Bird in the Rivne region, where for four years the community of Kiev and Moscow Patriarchates compete for the temple.

But Tuesday night was another milestone – the court withdrew the arrest of the temple for the benefit of the UOC-MP. The village community, which disagreed with it, the power went to the temple. Official and unofficial mouthpieces of the UOC MP announced to the world – the temple seized the Kyiv Patriarchate with the fighters of “Azov” and “Aydar” with guns and balaclavas. Thus the believers of the Moscow Patriarchate, allegedly taken out of the temple at gunpoint.

In a 100 year old Church served the parish of the UOC-MP. The priest in the 1990s even managed to privatize a Church that is the property of the community. But the war in the East changed all that, and most parishes have decided to change the denomination with the Moscow Patriarchate on Kyiv – and then learned of privatized temple. Since that time, the war began for the temple: the courts, the fights and strife in the community. To alleviate, the court arrested the religious building.

The representative of the OSCE mission arrived the next day after the conflict. First, he interviewed the parishioners of the Kyivan Patriarchate, which recognized that he had gone to the temple. But over the past four years, the two communities are constantly scandals included in the Church building. Then interviewed the community of the Moscow Patriarchate. They all these years while the temple under arrest, are in the garage in the yard of the priest. Here is the first repeat the statement of the official website.

Scandal in the Church in the Ternopil region: the disgraced monks of the UGCC gave Pope Francis his own evidence

“They were people in balaclavas. In addition to village residents who support the Kiev Patriarchate,” said the priest of the UOC MP, father Victor.

But after a repeated question, who has seen armed seizure right organizations personally appeared viscous silence.

This father says that the soldiers brought and took mikroautobus 15 minutes from the moment of entering the temple. The surveillance camera on the building of the village Council had not shown anyone. “No one, are two vehicles of police. Further suitable group of people. Is a group of people, communicate with the police, then another group of people. Immediately begins to work the grinder, people cut doors,” – says the village head Yaroslav Voznyuk.

However, there is no video of soldiers of these battalions. Everything seen in the village Council confirmed by the testimony of a police officer Nazar Fotonica, which was in place from the beginning. “I can say that it was the local population. They all knew each other. It was the local population. “Aydar”, “Azov” was not. In camouflage of the people was not” – said the militiaman.

It turns out that despite the arrest in the temple were two faithful of the UOC-MP, who were guarding the building of the Church from the inside. “I didn’t see it was dark. They went to Church four – Nikolai Dayneko, Dayneko, Ivan Ostapchuk Anatoly. They came to the porch, all the villagers,” he told them.

More became known in a local hospital, where they brought the second victim believing the UOC-MP. Maria hit him in the head. Suspicion on a brain concussion. The woman said that when they began to cut the bars of the temple, she poured people from a fire extinguisher, for which he received a blow to the head.

“The machines saw the police, which was nearby. People who went to the temple, were our villagers. Four men. I got to know them,” said Maria Rykun, a resident Bird.

It is unknown why Dubenskiy the judge made such a sudden decision, but certainly it resulted in grave consequences for the inhabitants of the Bird, and for information security. By the way, MIA quickly it worked and now the temple is again under arrest.

In the village of Bird in the region for 4 years the community of Kiev and Moscow Patriarchates are fighting for the Church in the village. And recently, the UOC MP said that the faithful of the MP taken out of the temple under the gun fighters of “Azov” and “Aydar” with guns and balaclavas. On the events immediately responded to the OSCE and the interior Ministry, but the news at that time was the fake. 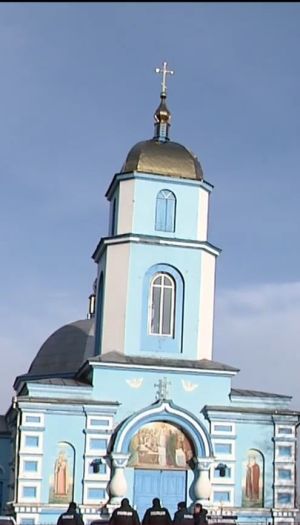