In Russia, the plane could not fly because of gold bullion, which struck the bottom 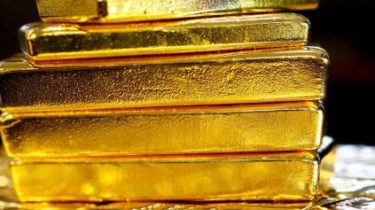 In Russia, the plane could not fly because of gold bullion, which struck the bottom

During loading the bars fell and struck the bottom of the cargo compartment.

In a Russian airport “Domodedovo” gold bullion broke through the floor of the plane, which he could not fly to Spain.

It is reported by Telegram-channel Mash.

The aircraft of S7 airlines out of Domodedovo to Alicante. Passengers have launched into the cabin, but suddenly he brought the ladder back and was asked to leave. It turned out that besides Luggage, the plane was carrying gold bullion.

During loading the bars fell and struck the bottom of the cargo compartment. The aircraft were quickly replaced, and in Spain the passengers departed on another ship.

We will remind, on March 15 after taking off from Yakutsk airport in Russia almost crashed transport aircraft an-12. Immediately after takeoff, the aircraft tore off one of the doors of the cargo hatch. On Board was a cargo of precious metals 9 tons to 21 billion 600 million rubles. Runway of the airport, the surrounding fields and bushes were covered with gold bars. Were collected 172 of the ingot, each of which weighs 20 pounds.