“I have a plan”. Avakov told how Ukraine will return ORDA 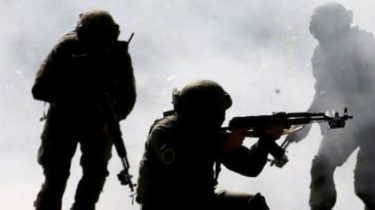 “I have a plan”. Avakov told how Ukraine will return ORDA

He also spoke about the need for elections under the Ukrainian legislation.

Ukraine may regain power in the territory of the occupied areas of Donbass step by step together with the UN peacekeepers.

Your version of the reintegration of Donbass, said the head of Ministry of internal Affairs Arsen Avakov in an interview to “the Ukrainian truth”.

According to plan, the return of the territories ORDO will occur incrementally, because peacekeepers are not enough for all of the occupied territory. The Minister called it the “tactics of small steps, which all applaud”.

Four years of war with Russia. The military has summed up the results of ATO in the Donbas

“I therefore suggest that, relatively speaking, to take first separately Gorlovka or Novoazovskiy district. Here’s the plan: go to the peacekeepers and get up on the conventional boundary of the city of Gorlovka village Novoazovskiy district. The border with the occupied territory immediately take control of the blue helmets and Ukrainian border guards. Inside the territory that returned to Ukraine, come to the Ukrainian authorities of justice and hold elections according to our legislation”, – says the head of the interior Ministry.

He also believes that it is not too important who will be the winner in the Ukrainian elections in the Donbas, because the main task is the establishment of the transitional administration on the basis of Ukrainian laws. After that, the territory returned would come the police forces of Ukraine,

We will remind, the President Petro Poroshenko, more than forty countries have agreed to participate in the peacekeeping mission in the Donbas.