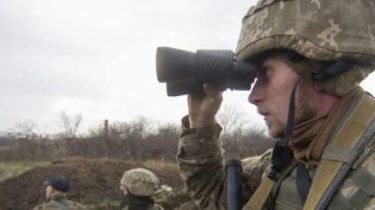 For Monday, April 16, in the area of ATO in the Donbas the militants fired 22 times the position of the Armed forces of Ukraine.

“As a result of enemy fire no one Ukrainian soldier was injured. The situation on the demarcation line of the parties is securely controlled by the Armed forces of Ukraine”, – stated in the summary of the press center of staff ATO.

We will remind, on 30 April in the Donbas will end the anti-terrorist operation and the start operation of the United forces.