All will deteriorate. Because of U.S. sanctions in Russia will rise in price of dollar, increase inflation and capital outflows 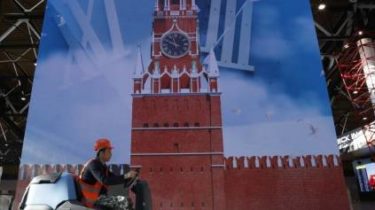 All will deteriorate. Because of U.S. sanctions in Russia will rise in price of dollar, increase inflation and capital outflows

Retaliatory sanctions would entail an even worse situation in the Russian economy.

New US sanctions on April 6, against the “friends of Putin” and related major Russian companies caused the fall of the ruble, the value of shares of companies and stock indices. It will be even worse, experts predict the development center of the Higher school of Economics (Moscow). If the Kremlin will impose retaliatory sanctions, the situation in the Russian economy will only worsen.

Experts predict the growth of capital outflow from Russia at $ 20 billion to 49 billion dollars in 2018. The dollar in Russia will rise by 3.5-4 rubles (up to 60-61 rubles). Prices go up and inflation will eventually go beyond the target level of the Central Bank of Russia. This writes Gazeta.ru.

If no new shocks, the effects of sanctions, the United States will be exhausted within one to two years, but in General, sanctions will inevitably continue to have a “negative impact on economic growth at a more fundamental level”, causing the restriction of foreign investment, the complication of entering foreign markets.

In the end, reduces the overall competitiveness of Russia that will limit long-term growth. Also expect the forced sale of assets of Russian companies, which came under sanctions, and “a significant increase in risk and a corresponding deterioration in capital flows”.

The previous forecast of inflation in Russia amounted to 3.6%. After the introduction of us sanctions experts are already suggesting 4,1-4,3%.

According to estimates of the Center of the HSE, under the influence of these factors, the expected growth of GDP in 2018 (if the average oil price of 67 dollars) will slow from 1.9% (no sanctions) to 1.7%.

We will remind, on April 6, the United States expanded sanctions against Russia. In the updated list 24 individuals and 14 legal entities. As follows from the materials of the Ministry of Finance of the United States, the list includes the head of “Gazprom” Alexey Miller, the owner of En+ Oleg Deripaska, the head of VTB Andrey Kostin, the owner of “Renova” Viktor Vekselberg. On the official website of the US Treasury said that these people are somehow connected with the situation in Ukraine and Syria.

In response, the deputies of the state Duma of the Russian Federation proposed to ban the import into Russia of a number of American goods (alcohol, tobacco, drugs, etc) to limit cooperation in certain sectors (e.g. aviation), to forbid Americans to work in Russia.

Later, the US administration announced that it is considering the possibility of imposing new sanctions against Russia in near future – primarily because of the events in Syria.

Such information from private sources received the American edition of The Washington Post. According to media reports, trump is unlikely to approve additional restrictions against Russia, until Moscow the next action is to this will not push. 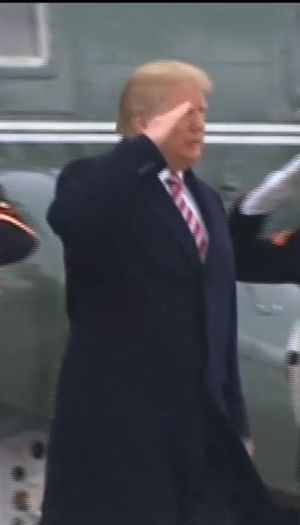