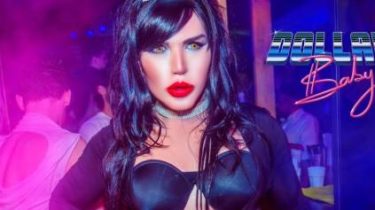 He also told about quarrels with parents.

Brazilian Rodrigo Alves, better known as the “living Ken“appeared on the well-known non-traditional party in the form of a woman. He said that he’s considering a sex change.

This way Rodrigo has named Jessica Alves. She is dressed in black, with the exposed bra, painted bright red lipstick lips and black long hair.

“I can’t just walk down the street, someone asked me to do a selfie. So I decided to dress up like a girl, in the form of Jessica, and nobody recognized me as the guy from the tabloids and TV screens,” says Rodrigo.

He added that he would like to have a sex change, but had a very serious resistance on the part of the parents, especially the father. Recently the father told the son that if Rodrigo will be dressed as a woman, he’ll write him out of life.

“My father called me yesterday, but was very angry, asking what was wrong, I went too far with the surgeries. I told him that I am an independent man, and was for many years, but then he said if I continue to dress like a woman, he’ll cut me out of his life,” said Ken.

We will remind, the Brazilian Rodrigo Alves has made more than fifty plastic surgeries to look like Ken doll, boyfriend of Barbie. But now the man admitted that the resemblance to Ken, he now does not have, therefore, decided to renounce his “title”.