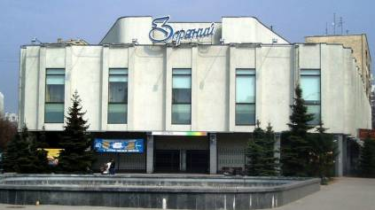 According to him, now the property of the city periodically return of misappropriated objects.

The building of the cinema “zoriane” in Kiev, which belonged to the “family Yanukovych” and has served as the headquarters of the “Party of regions”, you can return to the city.

This was announced by the mayor of the capital Vitali Klitschko.

“Among the issues of ownership and property there is a draft decision on the return of the community of Kiev in the premises of the cinema “zoriane”. I am convinced that we should make such a decision. We returned to the city property objects that are illegally taken away from the community. And continue to do it,” – said Klitschko.

As you know, the theater complex was acquired close to ex-President Viktor Yanukovych faces in 2003. The decision adopted by the city Council. From then until 2014 it housed the headquarters of the “Party of regions”. Some time, the building belonged to the company that actually ran the fugitive son Alexander Yanukovych.

We will remind, in Kiev between the Postal square hem and a market on troyeschina may receive the overhead transport system Sky Way.