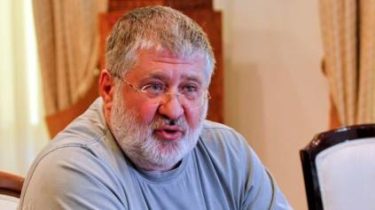 The businessman says that negotiations with potential candidates are conducted.

The leader of the party “Batkivshchyna” Yulia Tymoshenko is currently the favorite in the presidential race.

About it in interview to the program “Schemes” to “Radio Liberty” said the businessman, former head of the Dnipropetrovsk regional state administration Igor Kolomoisky.

According to him, the presidential election he will support “any worthy candidate, in addition to Poroshenko”.

While Kolomoisky are no agreements on support of the candidate. “I candidates not yet seen. Well, except for one famous… Tymoshenko. I think this is the favorite of the presidential race today,” he said.

Igor Kolomoisky also noted that arrangements for the support of Tymoshenko in the elections and no such negotiations are not conducted.

Earlier journalists of the program “Schemes” reported that the former assistant to the President Donald trump Barry will be working as a lobbyist Tymoshenko. Services are estimated at 65 thousand dollars per month. Itself the leader of “Batkivshchyna” ignores answers to questions about the origin of 65 thousand dollars on her behalf every month will be paid by the firm Bennett.