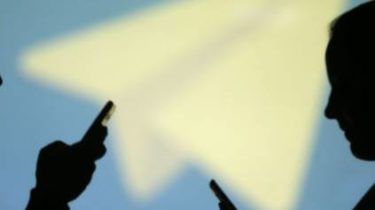 Under lock got many sites, but the messenger works.

Roskomnadzor has blocked nearly 16 million IP addresses in the framework of the struggle with the Telegram messenger.

Under lock came address Amazon cloud services and Google, which Telegram is used to bypass locks. This was blocked many Russian sites, problems have arisen from the popular messenger Viber and even the “Classmates”.

However, to fully block Telegram Roskomnadzor and failed. Many Russian users are in the messenger even without proxy and VPN.

Because of this, many Internet users joke about the helplessness of Roskomnadzor and its methods of struggle with the Telegram. 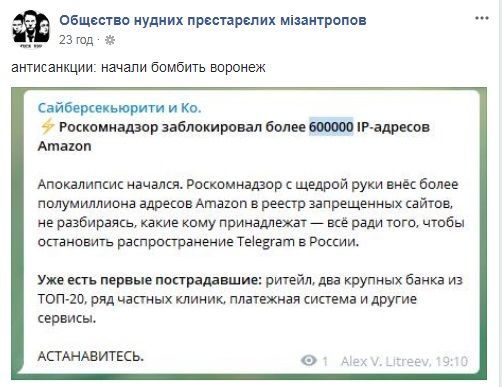 Good news for Voronezh. If the government will bomb the city as well as block Telegram, 80% of the country will lie in ruins, and Voronezh will remain unharmed.

A Telegram everything works and works…

Telegram works. And a lot of other services sboyat pic.twitter.com/lqrfIxK1Is

At the moment Recomposer blocked almost 16 million IPS Amazon and Google. Telegram works. But gamers complain of problems with access to some online games pic.twitter.com/Vjz1ePZVyb

The first lock went into Google, it hurts bitch
The second in the MasterCard hit —slash asshole
Spat Viber on concrete, on Amazon, Dixie grabbed.
Tinder is already a Cart forgotten
All Runet is, that’s all sailed…

I went today to the temple, ordered prayers Zharov. If that does not help, then I don’t know pic.twitter.com/PJqB8DzzPG

Jaroff: we have the most modern means of communication, and have access to the latest known technologies. pic.twitter.com/MEJQ1xmouq

Pavel Durov published his version of the emblem of Roskomnadzor. Something reminiscent of pic.twitter.com/25A5JkDoWP

In the process of filming the Comedy Thriller “ILV block Telegram” no Telegram was not injured pic.twitter.com/B41KS5jHC8