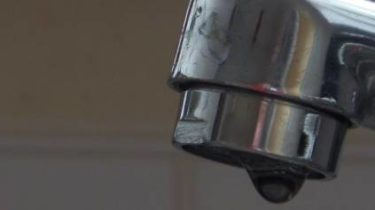 Also was dehydrated the occupied part of the Donetsk and several villages.

Donetsk filtering station has suspended its work after the shelling of the bus with employees.

This was reported in the press service of the Donetsk filtering station.

“Today at 15.05 stopped the Donetsk filtering station. Stopped the supply of drinking water in Avdiyivka, partly Donetsk and Yasinovataya, in the village of Red Partisans, the village of Kruta Balka and Verkhnetoretskoye”, – stated in the message.

In turn the acting of the municipal enterprise Alexander Evdokimov confirmed the information and explained that the decision was taken after employees of the SFS came under fire, writes “Gromadska”.

“Already stopped, drained the chlorine that does not remain in the pipes. Stop pumping station. This does not mean that we shut down it forever, just we need security guarantees for employees,” he said.

According to Evdokimov, currently the stations are representatives of the OSCE mission and the engineers to ensure the safety of workers that shut down the station, and after the closure employees on DFS will not.

“Avdiivka depends entirely on DFS, will be without water. Yesterday they filled the tanks fully. But, as practice shows, this is enough for four days. Also, without water there will be a part of Donetsk and constraints, tight schedule usage of water will be in Yasinovataya”, – said the head of the station.

We will remind, the day before, April 17, in the Donbass fired at a bus carrying workers of the Donetsk filtering station. As a result, five people were injured, one of them was in serious condition.