Sensational document of the SBU and the “tour” of Yanukovych after the killings on the Maidan. All the details of the interrogation Dobkin 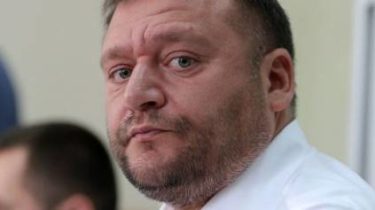 Sensational document of the SBU and the “tour” of Yanukovych after the killings on the Maidan. All the details of the interrogation Dobkin

The politician also admitted that Yanukovych had called the then head of the “Right sector” Dmitry Yarosh agreed that his residence was not stormed.

18 April 2018 in the Obolon district court of Kiev during the 46th meeting on the merits of the charges of treason and deprived of the title of President of Ukraine Viktor Yanukovych questioned the MP, the former regional and former head of Kharkiv regional state administration Mikhail Dobkin.

Dobkin at the trial said that the security Service of Ukraine twice reported to Yanukovych about the existence of a threat of violation of the territorial integrity and sovereignty of Ukraine from Russia.

In particular, the head of the SBU sent to the President letters about the threat to the national security of Ukraine by Russia on 15 January 2013 and 17 February 2014. Also Yanukovych in a letter dated 15 January 2013 reported that in Russia created an inter-Agency group under the President, the purpose of which was political, humanitarian and economic support of intervention in Ukraine. It was stated that it coordinates the administration of the President of the Russian Federation, reported on the financial-industrial groups that will be involved in actions against Ukraine.

Besides Dobkin assured that he was surprised by the flight of Yanukovych after 21 February 2014, after the shootings on the Maidan, he flew to Kharkiv on an official visit, and then going to visit several Ukrainian regions.

“One of them (cities – Ed.) he called Kharkov, which was. I realized that he was going to fly to the Crimea, his plans were Donetsk oblast, Luhansk oblast, probably, Dnipro, only I don’t remember,” said the MP.

According to ex-regions when Yanukovych was in the airfield of Kharkiv and waited permission to leave, he called and said that the armed men allegedly moving in the direction of Ukraine to storm the residence. After that Yanukovych asked the then head of the SBU Alexander Yakimenko associate it with Dmitry Yarosh and tried to negotiate with him, so the people stormed the residence. Half an hour later it became known that the assault occurred.

In turn Dobkin condemned Yanukovych escape, after all, believes he should remain in Ukraine, even under the threat of life.

“He, even knowing she would die, and he probably knew that was going to die, he must remain and die. He is the head of state, is elected for this position, must realize that a time may come,” – said Dobkin.

He also said that on February 22 2014 his cell phone call already acting President Alexander Turchinov and said that the country has a new President, and the Verkhovna Rada adopted the law regarding the release of Yulia Tymoshenko.

“The essence of his appeal to me was that I did everything in my power and provided security to move Yulia Tymoshenko, who was at that time under arrest in Kharkiv (in the hospital of “Ukrzaliznytsia” – approx.ed.) in the Kharkiv airport, and there she was sent to a special Board,” he said, adding that Tymoshenko was taken to Kiev.

At the same time, the former head of the Kharkiv regional state administration has accused the current government that it “handed over the Crimea to another state“.

“I haven’t been in Crimea since 2013… I recognize the Crimea a territory of Ukraine, from the very first day as a citizen of Ukraine ceased to be able to go there. I want to note that when President Yanukovych was, I went to the Crimea every year. Once acting became President Turchinov and then became President Poroshenko, I had the opportunity to travel to the Crimea, like many of my compatriots, lost,” – said the politician.