Dobkin considers Crimea Ukrainian, but I’m sure that the Peninsula is “wasted” 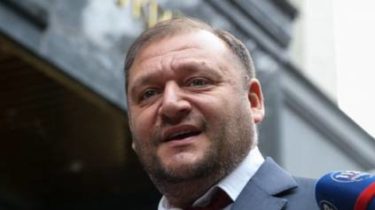 Dobkin considers Crimea Ukrainian, but I’m sure that the Peninsula is “wasted”

The MP admitted that he has no desire to travel to the Crimea after Russian occupation.

MP, the former regions Mikhail Dobkin said that the Crimea is Ukrainian territory and has no desire to go there after the occupation of the Peninsula Russia.

He stated during the interrogation in the case deprived the title of President of Ukraine Viktor Yanukovych.

“I haven’t been in Crimea since 2013… I recognize the Crimea a territory of Ukraine, from the very first day as a citizen of Ukraine ceased to be able to go there. I want to note that when President Yanukovych was, I went to the Crimea every year. Once acting became President Turchinov and then became President Poroshenko, I had the opportunity to travel to the Crimea, like many of my compatriots have lost,” he said.

According to Dobkin, he has no need or desire to travel to the Crimea “after the current government gave him up to another state”.

“This is not Ukraine’s territory, I’m comfortable there. I have no problem if I’m not banned entry to come to any region of Russia, as in any other country. But in Crimea I get there. This is my personal decision in principle, it is not affiliated with Yanukovych or Poroshenko”, – he added.

In addition, the MP said that the current government “did nothing to Crimea was not in the condition in which there is today.”

“The question which is put right-wing representatives of various organizations: “Whose Crimea?” you have to transfer to another plane and they must ask: “Who lost Crimea?”. Don’t want to go to court to speak roughly. Now it is more urgent than to find out whose Crimea. This is a real, not fictional, treason,” – said Dobkin.

Yanukovych threatens till 15 years of imprisonment. The court also considers case about the involvement of Yanukovych and his accomplices to the shootings on the Maidan in winter 2014.

April 18, in the case of Yanukovych, the court interrogated the MP and former head of Kharkiv regional state administration Mikhail Dobkin. He spoke about the recent visit of Yanukovych in Kharkov and that he was going to arrange “tours” in regions of Ukraine after the shooting of activists on the Maidan.