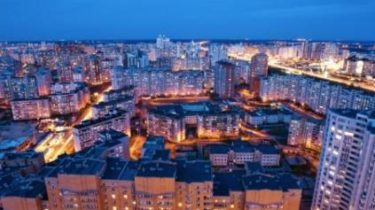 The transfer process should be as painless for residents and 7.5 thousand workers of “Kievenergo”.

Alexander Fomenko: “Our cooperation with the city authorities, a key objective is to make the process of transfer of public property as transparent as possible”

The heating season in the capital officially completed. As reported in the company “Kyivenergo”, he was stable, but in difficult conditions (unbalanced tariff for budgetary organizations, the growing debts of the population, utilities and budget on compensation for incentives and subsidies, etc.).

The end of the heating season was kind of the start for large-scale process of transfer of heat networks, which since 2001 has been in control “Kyivenergo”, in the municipal property. We recall that the validity of the agreement between “Kyivenergo” and KSCA was supposed to end in January of this year. But the decision of the city Council, it was extended until April 26, so as not to interrupt the process and not to expose citizens to risks of interruptions in the supply of hot water and heat.

The new steward of public property will become KP “Kievteploenergo”. As described in the “Kyivenergo”, they are willing to devote more resources to assisting in the process of transfer of municipal property and transfer of staff in the utility.

“Our work with our city’s key task is to make the process of transfer of public property as transparent and painless as for Kiev, and for 7,5 thousand employees who need to renew employment in the new municipal enterprise”, – said General Director of “Kyivenergo” Alexander Fomenko.

He also added that in all the years control the heat economy of the city “Kyivenergo” and its main shareholder, DTEK paid for the use of municipal property in the capital budget 374,9 million. At capital repairs, reconstruction and other improvements of municipal assets was invested UAH 2.9 billion, replaced by the 190 km of trunk and distribution heat networks (the investment amounted to UAH 560 million), a 5.7 thousand heat meters in the amount of almost UAH 227 million, investment in waste incineration plant “Energy” amounted to UAH 100 million. Also carried out improvements to communal property totaling 907 million. 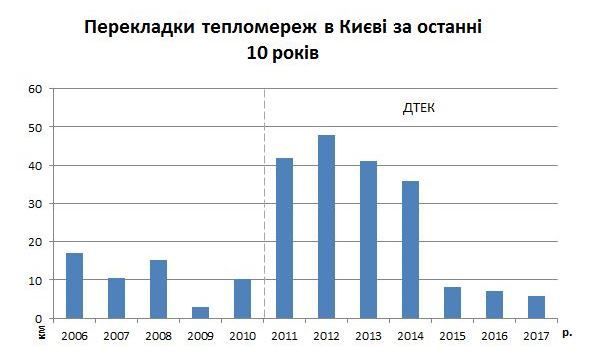 7 years “Kyivenergo” shifted almost 190 km of trunk and distribution heat networks, having invested more than 560 million. A year after the start of implementation of the strategic programme for the relaying of heating systems in 2011. the company has reduced the accident rate by 13%.