Yanukovych was to remain and die – Dobkin 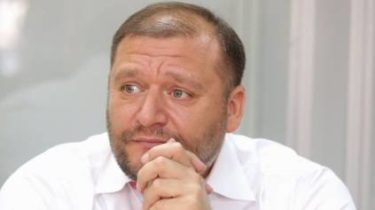 Yanukovych was to remain and die – Dobkin

The politician says that the fugitive of the day had aged 10 years.

The MP and former head of the Kharkiv regional state administration Mikhail Dobkin during the interrogation in the Obolon court April 18, expressed the opinion that the fugitive Viktor Yanukovych should have stayed on the territory of Ukraine, even under conditions of threat to life.

According to the politician, Yanukovych was in mortal danger after shooting on Maidan in February 2014.

“All my negativity to Yanukovych, which I allowed myself to vent publicly, is that he, even knowing she would die, and he probably knew that was going to die, he must remain and die. He is the head of state, is elected for this position, must realize that a time may come,” – said Dobkin.

He also added that in Kharkov Yanukovych arrived a confident guy, and left town as if older than 10 years.

Yanukovych threatens till 15 years of imprisonment. The court also considers case about the involvement of Yanukovych and his henchmen before the shootings on the Maidan in winter 2014.

April 18, in the case of Yanukovych, the court interrogated the MP and former head of Kharkiv regional state administration Mikhail Dobkin. He spoke about the recent visit of Yanukovych in Kharkov and that he was going to arrange “tours” in regions of Ukraine after the shooting of activists on the Maidan.