No Russian trace. The defense Ministry explained why “uvolnil” chief of naval staff 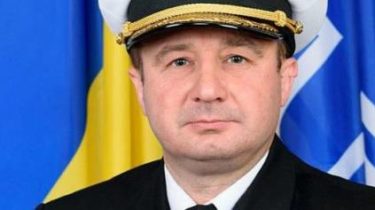 No Russian trace. The defense Ministry explained why “uvolnil” chief of naval staff

The reasons for the dismissal of the media called Russian citizenship wife is Smooth and the participation of his daughter in competitions in Russia.

This reports the press service of the defense Ministry. The report did not specify, about what there is a speech – complete dismissal or removal from office during the official investigation.

“The reasons for the layoffs are directly linked to improper performance of his duties. The assumption of some media in relation to other reasons for dismissal are not true,” said the defense Ministry.

Note that Smooth could be removed from office not only because of economic and financial violations, but also due to the fact that his wife Elena is a citizen of Russia, in mass media. The first two years after the annexation by Russia of Crimea, she and the children allegedly lived on the Peninsula, and my daughter has been swimming and played at the competition for the Central sports club of army of the Russian Federation.

42-year-old Smooth – a native of Vinnytsia region. He graduated from Sevastopol naval Institute. In the Navy since 1997, he served on the ships, was commander of a large landing ship “Konstantin Olshansky”. In 2011 he participated in the evacuation of Ukrainians and other citizens from covered by the fighting in Libya. Subsequently he joined the staff of the Navy. After the change of power in Ukraine was headed by control of surface and submarine forces of the Navy command (2015-2016), from July 2016, the chief of staff of the naval forces.