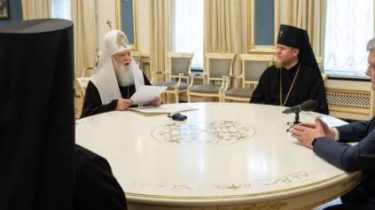 The resolution was submitted by representatives of the majority faction.

The Verkhovna Rada supported the appeal of President of Ukraine, the Ecumenical Patriarch Bartholomew on the granting of the Tomos of autocephaly of the Orthodox Church in Ukraine.

For this decision voted 268 deputies.

The Parliament thus acknowledged the importance of the granting of the Tomos of autocephaly of the Orthodox Church in Ukraineon the basis of which it can take its rightful place in the family of local Orthodox churches.

#Рада8 patronal 268 votes project Decreed about Patrico zvernennya of the President of Ukraine to Selenskogo Patriarch Bartholomew about nadannya Tomos about autocephaly Pravoslavna Church in Ukraine №8284⬇ this pic.twitter.com/a6yOTVddgU

Recall, Petro Poroshenko officially took an appeal to the Ecumenical Patriarch Bartholomew of the autocephaly of the Orthodox churches of Ukraine. Thus, the appeal gave Patriarch Filaret and Metropolitan Macarius with the signatures of all the bishops of the UOC-Kyiv Patriarchate and the UAOC.

Videoporoshenko met with the primates of Orthodox churches

Patriarch Filaret on behalf of the Church KP and Metropolitan Macarius of autocephaly gave Poroshenko signed the reference to Bartholomew with a request to recognize the independence of the UOC. But during a meeting with the Primate of the UOC onyfriy, Poroshenko told about his agreement with Bartholomew in Istanbul. 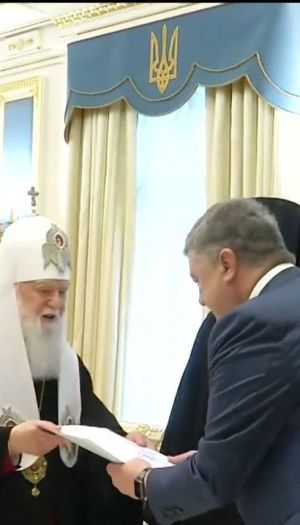