The militants reduced the number of attacks and wounded a Ukrainian soldier. Chronicle of the ATO 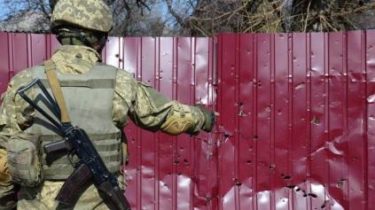 The militants reduced the number of attacks and wounded a Ukrainian soldier. Chronicle of the ATO

For Thursday, April 19, in the area of ATO in the Donbas fighters of 12 times fired at positions Armed forces of Ukraine. In recent days attacks in the day time was recorded twice.

“As a result of enemy fire, one Ukrainian defender was injured. Our soldier delivered in the military medical facility and was given all the necessary assistance”, – stated in the summary of the press center of staff ATO.

At the Lugansk direction with easel anti-tank grenade launchers, the militants fired on Ukrainian positions near Stanytsia Luhanska and Travneve.