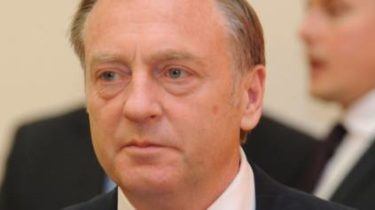 Former Minister of justice is charged with attempted constitutional coup.

The Prosecutor General’s office of Ukraine sent to court the indictment concerning a former Minister of justice of Ukraine.

This was reported in the press service of the GPU.

“The office of special investigations of the Department of special investigations of the Prosecutor General of Ukraine completed the investigation and sent to court the indictment concerning a former Minister of justice of Ukraine. He is accused of committing during the period July – October 2010, in conjunction with other persons and, in particular, Viktor Yanukovych and his interests capturing state power, including by taking measures for illegal, without addressing the sole body of legislative power in Ukraine – the Verkhovna Rada of Ukraine, change of the current Constitution of Ukraine, which led to the extension of the powers of the President of Ukraine in an illegal manner, that is, in the Commission of a crime under part 1 of article 109 of the criminal code of Ukraine”, – stated in the message.

Also, the GPO stated that the pre-trial investigation against other suspects in the criminal proceedings, namely the ex-President of Ukraine Viktor Yanukovych and former Deputy Minister of justice Vladimir Bogatyr, now suspended in connection with the announcement of them wanted.

“Concerning the suspect the ex-Deputy Minister of justice of the measure of restraint in form of detention,” – said the Agency, adding that in respect of other persons involved in the Commission of a crime, pre-trial investigation continues.

Note that from 11 March 2010 to 4 July 2013, the Ministry of justice of Ukraine head Oleksandr Lavrynovych.

We will remind, the PGO is investigating the case regarding the constitutional coup of 2010, which led to the seizure of state power by expanding in an unconstitutional manner the powers of the President of Ukraine at the expense of the shrinking role and powers of Parliament and government. On suspicion in declared Lavrynovych and Yanukovych.