In Parliament, not all consider it appropriate to carry out Amnesty of capitals.

Ukrainian MPs are ambivalent about the idea of Amnesty of capital and legalization of obtained States. Not all of politicians are ready to show their real money and to pay percent of them, according to a story TSN.19:30.

About the prospects of such a legislative initiative, the journalists asked the people’s representatives, and they gave different answers. For example, Taruta declared that does not consider it appropriate to carry out the legalization of stolen colleagues funds. “Just here there are no rich grandparents, no rich wives, that’s all he stole,” he said. Kuzhel drew attention to the imperfection of the existing system. “What he did with the electronic Declaration is almost illegally carried out nil. Only a fool didn’t use it. He could write a $ 100 million home, which are not, and anything,” she said. “Today, people are turning EN masse to the notary and formalize inheritance or gift from his father, grandparents. Was money from a grandparent – history is silent,” adds Donets.

Deputy millions: TSN asked MPs about their financial successes for the year

Otherwise, looks at the problem Ostrikova. “Every deputata have a wife, a sister and brother, and so they are today, by submitting this zero, I can say that my mom will have a million dollars. It pays 5% and gives a million dollars. Therefore, zero tax return can be a method of legalization of income acquired by illegal way,” she explained. Rosenblat has admitted that he inherited from his parents the shares of companies. “Had the money, Yes. The father was quite a wealthy man. He gave us sister company. We are very grateful”, he said. Cisse also admitted that he is ready to pay out its us $ 600 thousand, at least 10% tax. But Bogdan said that he has already paid all taxes on their millions, so hidden from tax and law enforcement tools had not.

The Verkhovna Rada is planning to file a bill on which MPs will need to show your real money once and pay the interest. How much money at this point, are they ready to show undeclared is the story TSN. 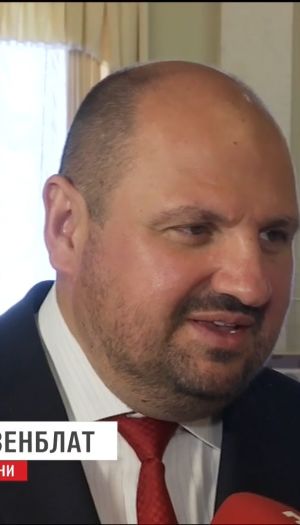