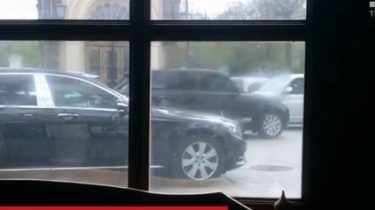 The Governor larva and one of the most famous bishops of the UOC-MP has gathered guests in the monastery.

In Kiev-Pechersk Lavra celebrated the birthday of its Governor Archbishop Paul. Every year on this day to the Archbishop are guests with gifts, and intruders unfriendly encounters protection of the monastery, says the story TSN.19:30.

The morning in the yard near the residence of Bishop Paul one after another, parked expensive cars and guests with gifts and flowers in a hurry for a birthday. People came famous and wealthy politicians, businessmen and Church patrons. Most with security, which is trying to preserve the peace of their masters. Just during the shooting of two security guards of one of the guests on “Maybach” over 4 million squeezed operator TSN in the ring and threatened with physical violence, were prevented from filming and was forced to delete the videos.

Videonasty of Kiev-Pechersk Lavra once again loudly celebrated his birthday

Every year on this day at the Metropolitan Paul are guests with gifts, and guests uninvited unfriendly encounters security of the monastery. The morning in the yard at the residence of Bishop Paul in the Kiev-Pechersk Lavra, one after the other we drive expensive cars. Guests with gifts and flowers in a hurry for a birthday. Guests Paul – people famous and wealthy. 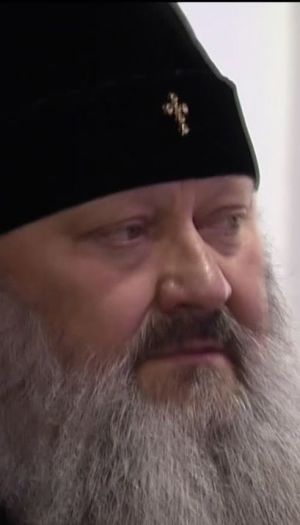 In the evening the celebration moved to the convent refectory, and in the yard again appeared dozens of expensive cars. For the laurels of the date of birth of the Metropolitan – each year an important event. In 2011, on the 50th anniversary of Bishop Paul loudly celebrated in one of the Metropolitan hotels, where he made three Banquet halls and gathered more than five hundred people. Guests were then entertained by Taisiya Povaliy Stas Mikhailov, and the cleric got “Mercedes” a representation class, which at that time was 700 thousand euros. Next year the Metropolitan gave “Lexus”, and the event was attended by the entire business and political elite of the capital.

Donatski Metropolitan help our defenders by the clock “pereplyunuv” the Cyril

Each of these events, reporters not happy – media workers are threatened and not allowed to shoot. Two years ago, people in a cassock with a wire in his ear prevented the entry on the courtyard filled with strange young men, and finally, reporters smashed camera threatening “to beat head”. This year without the battering, and the refectory sang songs – one of the first there began the song Suliko.