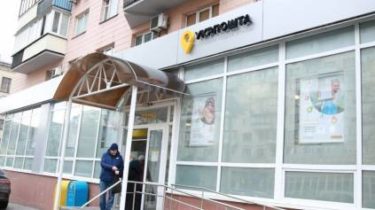 Detectives NABOO exposed the collusion between the companies participating in the auction.

The Antimonopoly Committee of Ukraine has fined three companies which participated in the auction for the purchase of goods for the “Ukrposhta”. Companies found guilty of collusion.

The total amount of fines is more than UAH 6 million. Also for three years they are not allowed to participate in the bidding for the procurement of goods, works or services by the state.

Battle of the cakes. AMCU fined “kievkhleb” for the similarity of the packaging with the products of “Roshen”

A collusion of bidders has exposed the detectives of the National anti-corruption Bureau of Ukraine. They found that in 2015 and 2016 “Ukrposhta” held a tender on purchase of tyres and tubes rubber new. The total value of the procurement amounted to more than 20 million. By results of the auction were awarded the contract involving three companies with limited liability (one of the defendants took part in both auctions).

NABU saw these procurement violations of the legislation on protection of economic competition from bidders and opened criminal proceedings, which is still under investigation.

In February 2017 the NAB gave information about a possible conspiracy to Antimonopoly Committee, which began its own investigation. In the end, AMC has confirmed granted detectives NABU information and apply sanctions to violators.

Earlier it was reported that the Antimonopoly Committee of Ukraine suspects the largest filling stations in collusion because of the simultaneous increase in fuel prices. To determine the compliance of actions of market participants with the legislation on protection of economic competition, Antimonopoly Committee of Ukraine conducted a study in which directed requests for information.