Save the planet and make money. How many brings in the purse delivery of recyclables 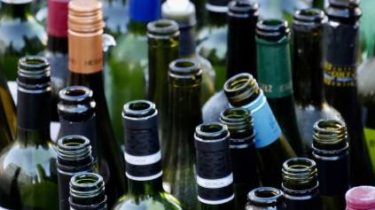 Save the planet and make money. How many brings in the purse delivery of recyclables

One of the obstacles is the lack of tanks in the yards for sorting.

Used bottles – the scourge of towns and villages, killing the planet for centuries decompose, poisoning the earth. In Ukrainian cities there are people who have learned to make money on this, says the story TSN.Week. Each year, the Ukrainians emit 14 million tons of garbage or 350 kg per.

The head of public organization “Ukraine without garbage” Eugene Oratovska told that due to sorting her family have collected 30 kg of recyclables, for which he received 60 UAH.

The price for secondary raw materials today, plus or minus the same all over the country and extremely low. Cheap junk, the most expensive plastic. One kilogram of PET bottles is 5 hryvnia per kilogram. It is approximately 24 pieces, and when 24 thousand bottles will compress and make a ton and it’s already going to cost 3 to 5 thousand hryvnia.

“The first delivery of the recyclables we collected somewhere around 5-6 months. We gathered then to 2500 hryvnia. Next time we passed already a month and got almost the same amount,” – said Alexander the great, the founder of the local rail yard.

“People are very skeptical. They were interested in and it works. The main motivator for people is, of course, the financial side,” added Inna Bila, founder of the local rail yard.

But if it’s so profitable, why still have not sorted the whole country? The answer is a lack of tanks in the yards for sorting. The fact that the waste as a business in our country look just a hundred companies for the collection and processing of recyclables. Even they are extremely picky sellers are sorted of debris.

Coffee fuels and swimwear from debris. As new approaches are changing the world

The minimum amount for which you come – 400 pounds. Here thought, if the people collected less go becoming unprofitable. The export of one tank costs about a hundred hryvnia.

Sooner or later, to involve people in the reduction of trash, the state will multiply this amount times. Then the savings will be recycled, and the physical reduction of amount of waste for export.

Last year, Ukraine imported recycled plastic from Europe to $ 400 million. Europe for the amount of highways has allocated for all local roads in the country, sold us what we call garbage.

It’s better to start with the simplest: put a second bucket in your own kitchen and throw away what’s called secondary raw materials. You yourself will not notice how easy it is accustomed to sort. And in the end will save the family budget when you fly rates, and the health of their children. To live in the dump that we have almost turned the country, a terrifying prospect.

Each year, the Ukrainians dumped on the landfills of 14 million tons of waste. Half of that valuable secondary raw materials that can be recycled and sold. Residents in Kyiv have already earned on that garbage 5200 UAH. TSN.Week researched how to correctly sort garbage and how to make money on recycled materials. 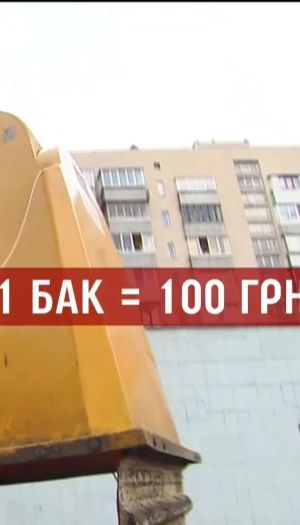