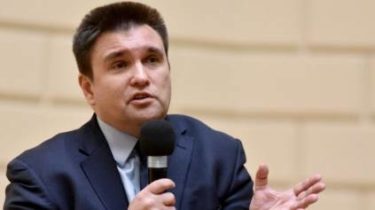 The Minister of foreign Affairs met with the acting Secretary of state.

United States of America will not change its position on support of Ukraine with the advent of the new leadership of the State Department. Such confidence was expressed by the Minister of foreign Affairs of Ukraine Pavlo Klimkin at the meeting with acting Secretary of state John Sullivan in Toronto.

“Those who are already working in the current US Administration, in particular the new Advisor to the President for national security Affairs John Bolton and Mike Pompeo, which we hope next week will be approved for the position known very clear Pro-Ukrainian position, so I think we will get new opportunities in relations with the USA”, – quotes klimkina UKRINFORM.

“Ukraine always has the General support of both Republicans and Democrats, so the U.S. position is, by definition, will not change. Only Mr. Pompeo will be approved – we will talk to him about what to do next. Actually, what we discussed with the American delegation to Toronto,” said the Minister.

As you know, for the first time Ukraine participated in the events of “the Big Seven”. April 22 in Toronto, Canada held a special meeting on the situation in Ukraine. It was attended by the Minister of foreign Affairs Pavlo Klimkin.

The foreign Ministers of the G7 countries and Klimkin discussed “issues relating to the new challenges of hybrid Russian aggression, the need for preservation of sovereignty and restoration of territorial integrity of our state, maintaining sanctions pressure on Russia and support Ukraine’s reform”.

Also, a question was raised about the prospects for a peacekeeping mission in the Donbas.