Welcome to the first class. How to change the rules and why parents are unhappy 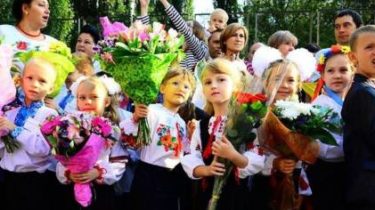 Welcome to the first class. How to change the rules and why parents are unhappy

Schools are convinced that all the best get funding from parents.

This year during a reception in the first class will require registration of place of residence.

All the contests and the test was canceled. Children will be taken only if you live in the service area of this school. On the one hand, kids will no longer torment the commissions for admission to the school. Other innovations are called serfdom to registration.

23 August, all Ukrainian schools start the admission documents to the first class. Introductory campaign promises to be a hot entry into higher education and has transformed into a scandal. Not only because it will be difficult to get into a school that you just like. The case involved a parent and even monetary contributions.

The new rules developed by the state. “We have 47% of schools tested in the first grade. We understand it’s not because they’re looking for the best of the best, but because it is crack. You can manipulirovat the interview,” said Chairman of the parent organization “Parents SOS” Alena Parfenova.

Alena Parfenova – public working groups at the Ministry of education. It was this group that prescribed new regulations enrollment in the first grade. Now they are in agreement with the Ministry of justice and the Commissioner for human rights, one thing’s for sure – first and foremost in the first class will take those who belong to the district of the maintenance of this school.

In the place of residence is taken in schools in Finland, England, USA.

“We need to repeal these shameful testing in first class. Six-year-old is not the age, it can be immediately after primary tests, competitions,” believes the Minister of education Lilia Grinevich.

In General, the territorial ownership of the school in Ukraine has always been written in the education act. There is also a special order of the Cabinet of Ministers in 2010 about the cancellation of the entry into first grade, but this rule is persistently ignored.

From the report of Organization of international cooperation and development by 2017 experts examined the Ukrainian education. From the number of bribery and opaque distribution of parental money to the schools, one of the biggest problems is named after the contests in the first class that turn to trade places. Arrangements may be different — from direct bribes to obligations of long-term support of the school in the form of parental contributions.

The worst that this scheme is supported by their parents. In social networks parents frankly offended that their elite schools will the children of alcoholics from the area. Just for the equality of all children struggle in the Ministry. This does not mean that the school is not to choose. After the adoption of the documents from all the place of registration, the school takes brothers and sisters of students who are already enrolled. They rule registration does not apply. Continue to take the children of school staff, and the vacant seats will go all the rest. Haven’t decided how to choose them, maybe even a draw.

Contests in specialized lyceums and gymnasiums will be possible only up to grade 5 or before high school, when the child has already formed tendencies and preferences.

Now in addition to disgruntled elite parents there are other problems. It is unclear how people without a residence permit. “Evidence for this can be over 10 different documents, because we have a different situation in humans. Someone has the place of registration, someone to temporarily live there are migrants,” – said the Minister.

Now in the web you can stumble upon a proposal to register a child for money temporarily near the desired school. Divide the neighborhoods around the schools district Board of education and often do it quite doubtful.

Combatants and their children will get higher education for free

If the departments of education do not react to injustice, Liliya Hrynevych advises to make complaints directly to the Ministry. Importantly, this does not mean that parents can’t help schools. You can, but first, voluntary, second – school, which is next, and thirdly – don’t forget about the district budget. Once paid school taxes, so their costs also need to be strictly controlled, because the government will gladly pass on the parent’s shoulders all that soon.

Videoparty class without competition: first graders will be taking to school only place of residence

From tomorrow, all Ukrainian schools start the admission documents to the first class. Now near the school to live. And this for an introductory campaign promises to be hotter than the admission to universities, and is already turning into a scandal. And not just because it would be difficult to get into a school that you just like. It’s still my parents ‘ money. 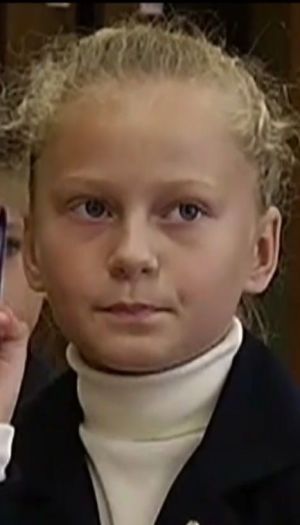