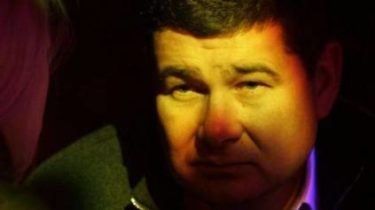 The President can get away with it after high-profile accusations.

Odious Alexander Onishchenko decided to show films from the Cabinet of the head of state, which for a long time frightened of the President of Petro Poroshenko.

Onishchenko is still on the run. Now, as recalled in the story TSN.Week, he lives in Spain and is fighting in court for extradition to Ukraine, because the National anti-corruption Bureau is ready to submit to court a criminal proceedings against him. Onishchenko accused gas and financial machinations and causing the state losses of 1.6 billion hryvnia.

Fashion trend of the season in Ukraine – unveiling the hidden audio and video recording. For the past six months, we listened, seen and agent Catherine with the people’s Deputy Borislav Rosenblatt, and Mikhail Saakashvili, thank you for your feedback, and Hope Savchenko, Vladimir Ruban, and spectacular nazara Holodnitsky with corruption at different levels.

Operation “Dear Shokin”. Onishchenko told about the most expensive votes in Parliament

A new batch of secret conversations belongs to the former MP Alexander Kadyrov, who is also the Alexander Onishchenko. Under pressure from accusations of NABOO fraud at the gas circuits, the MP a year and a half ago, ran away from Ukraine. Almost immediately, the suspect stated that he had records of conversations in the office of the President Poroshenko, who made his own and promised to publish them. Has not passed also two years as one of the channels still gave the air a conversation between two interlocutors. On record the voice similar to the voice of Onishchenko, transfers the request of the former Minister of ecology Nikolay Zlochevsky to stop his prosecution. For this Zlochevsky is allegedly ready to share their own gas business. The voice that Onishchenko attributed Petro Poroshenko, meets with favor.

The attorney General distanced himself from the investigation of the scandal. “Any criminal proceedings against senior officials from the regional level and up, is the exclusive competence of the National anti-corruption Bureau,” – said Yuri Lutsenko.

NABOO called Onishchenko to provide original audio for the examination. “The national Bureau has repeatedly offered to Alexander Onishchenko to transfer the original films. NABU those records never received. Subject to receipt of the originals of the records of NABOO is ready to study them in the framework of its competence”, – said in NABOO.

“Peacemaker” has declared that has film against Onishchenko

Today, no one will vouch for the accuracy of these records, especially when the dubious reputation as the most Onishchenko. On the other hand, early video cameras recorded the talks, Mykola Zlochevsky trusted and very presidential person, the people’s Deputy Igor Kononenko. It is for certain a fact. In short, though the participation of the President in the corruption talking, not proved, public opinion is already considering this possibility. The only question is, who is the motor of the case, which potentially could cost Petro Poroshenko really expensive.

“The original records were transferred together with the device for investigation of FBI’s mister Onishchenko, this group of researchers is headed by a representative of the FBI in Ukraine, she is, mistress Karen is always in the Embassy of the United States, Onishchenko has received the status of a witness… He signed 5 agreements with the Ministry of justice is similar to our General Prosecutor’s office, Onishchenko highlighted in the American lawyer, a former Prosecutor in the case of Lazarenko Mar Soup,” – said the blogger Vladimir Boyko.

Experts agree that any legal force, neither published nor collected just Onishchenko recordings have not. Another thing – political consequences. “The vast majority of experts believe that the United States has contributed to what was published all of this data. That is really there are many theories that say that the publication for the year before the election, of such records of such charges is a signal of Petro Poroshenko not to go to the next election,” said Vasyl Filipchuk, head of the International centre for policy studies.

Information about the existence of sound recordings-dirt on the President appeared more than a year ago, all this time, Onishchenko didn’t show them and kept some trades. The publication of the first portion of the records while the catastrophic consequences of Petro Poroshenko is not caused. However, Alexander Onishchenko has promised that it – only flowers, berries will come.

Videonab ready to submit to court a criminal proceedings against Onishchenko

On Tuesday said the Director of the Bureau Sytnyk. Onishchenko accused gas and financial fraud and causing damage to the state for a billion six hundred million hryvnia. Now Onishchenko, along with six associates, is wanted. 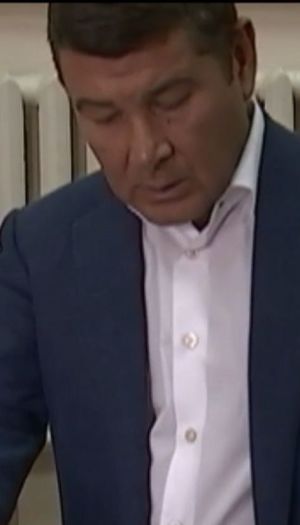