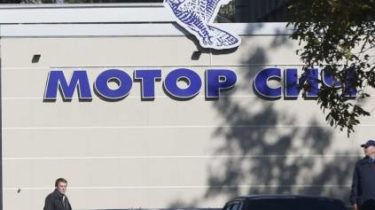 Ukrainian production and technology I want to transfer to another plant.

Foreigners bought a controlling stake in strategic Ukrainian enterprises of PJSC “Motor Sich” and I want to transfer the production of aircraft engines and technology the new plant, which is now under construction.

This was stated in the security Service of Ukraine. Who are these foreigners – do not call. SBU investigates criminal proceedings concerning acts of sabotage (part 1 of article 14 and article 113) on the fact of preparation to commit actions aimed at the weakening of the state through the destruction of the “Motor Sich”.

“Representatives of a foreign company to build a modern plant for production of aircraft engines, on which it is planned to transfer Ukrainian manufacture and to transfer technology. To implement these intentions, contrary to Ukrainian law, foreigners made an indirect concentration control package of shares of “Motor Sich”, which now has six offshore companies and natural person”, – noted in SBU.

Sale of the controlling stake in PJSC “Motor Sich” was carried out to address individuals and companies of non-residents in amounts less than 10%.

“Therefore there are suspicions about the attempt of interested persons to conceal substantial shareholders and ultimate beneficial owners of purchasers of the shares. Currently, representatives of non-resident companies intend to concentrate the illegal acquired shares, which provides excess of 50% of votes in the Supreme management body of the company and to obtain full control over its activities in the field of military defense orders that the case is confirmed,” – said in the SBU.

“For the purpose of receiving additional evidence in criminal proceedings employees of SB of Ukraine 23 April 2018 carried out the authorized searches in the administrative offices of the plant, of the securities Department of PJSC “Motor Sich” and the places of residence of individual persons. pretrial investigation Proceeds”, – explained in SBU.

The security service of Ukraine