The family of the mayor of Odessa, Trukhanov found a luxury apartment in the elite area of London – media The family of the mayor of Odessa, Trukhanov found a luxury apartment in the elite area of London – media

Housing is more than $ 5 million, despite the official salary of the mayor at $ 300 per month.

Relatives of the mayor of Odessa Gennady Trukhanov own two-bedroom flat in Central London worth $ 5 million. However, neither the mayor nor his family have no official income, which would be allowed to buy property in the UK.

This is stated in the investigation of journalists of the Investigation.Info and OCCRP that he learned about the secret London flat family Trukhanov from documents Paradise Papers – database of 13.4 million documents on the global offshore schemes, which became known in November 2017.

The apartment is located in a luxury building “Chilterns” in an affluent area of London Marylebone. Housing has an area of 117 sq m and consists of two bedrooms, living room, kitchen and two balconies, terraces.

According to the British registry of real estate, this apartment in may 2016 was acquired by the company Peninsula Property Holdings S. A., registered in the British virgin Islands. Housing prices were 3.7 million pounds (about 5.2 million U.S. dollars). 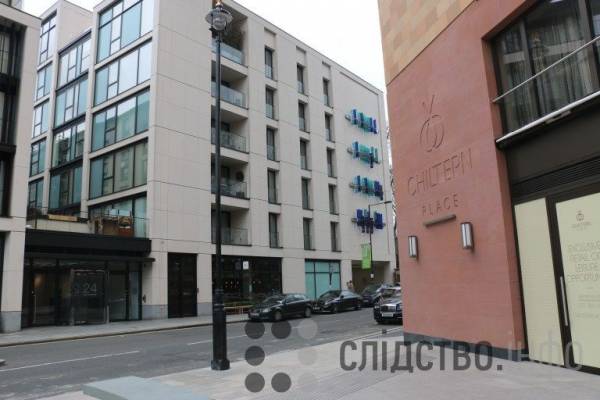 From documents Paradise Papers, it became known that the company’s shareholder is another firm from the British virgin Islands – Squadra Azzura Corporation. The company’s shareholders, and therefore owners of London apartments, a 51-year-old Tatiana Koltunova and 31-year-old Kateryna Trukhanova. These women were respectively the wife (or ex-wife) and daughter of the mayor of Odessa Gennady Trukhanov.

These women do not have sources of income that would allow them to explain such riches. In Ukraine Koltunova and Trukhanov from 2008 to 2016 owned company “Flower passage”, which deals with leases and other real estate in Odessa. According to data from commercial database Youcontrol, for all time of existence of profit, the “Flower passage” has not exceeded 180 000 hryvnia per year. Wife Trukhanov also owns shares of local television, but in recent years, the company was unprofitable.

In its official property Declaration Gennady Trukhanov remembers about his wife, her income or assets, although obliged to do so. Likely, the couple officially divorced (Tatiana Koltunova also stopped using the name Trukhanov, which previously wore), but they regularly appear together in public. For example, on the red carpet of Odessa film festival every year they pose for photographers as a couple.

The Ukrainian official registers indicate that Trukhanov and his family own several apartments in new buildings of Odessa. This property is not included in the Declaration of the mayor, perhaps because they belong to his ex-wife and an adult daughter, Ekaterina. Family apartment Trukhanov located on the 5th floor of the highest section of the house.

During a public event at the end of March in Odessa BBC journalist tried to ask Trukhanova on the London flat of his family. However, the people who surrounded the mayor, began to shout and to alienate the journalist. Unknown from the crowd even hit the British camera operator. Earlier, the mayor could not or did not want to meet with the BBC for the interview, namely the question of the apartment later called provocation. When after the collision, the reporter Investigation.Info asked Trukhanov about real estate, he replied that he has no real estate outside of Ukraine.