From “the dumpling Express” to “Fly ME”. As I propose to call the train from Kiev to “Borispol”airport 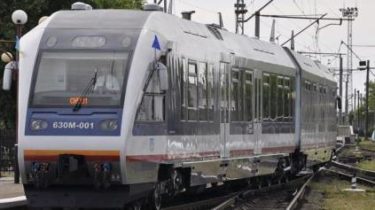 From “the dumpling Express” to “Fly ME”. As I propose to call the train from Kiev to “Borispol”airport

The Express is scheduled to launch in late this year.

In December 2018 is due to be operational high-speed train between the main station in Kiev and airport “Borispol”. In March, the “Ukrzaliznytsia” announced a competition for the best name of the future Express received about 600 proposals.

This was in a live program “snidanok z “1+1” said acting Chairman of the Board of “Ukrainian Railways” Evgeny Kravtsov.

“We had more than 400 suggestions through e-mails, Facebook and about 200 emails and writing, even handwritten letters. Was funny titles such as “Killer hyperloop” and “dumpling Express” to quite so smart – for example, “Fly ME”, “Fly Express”, “Wings”, “Stork”, “Borysfen”. Now we’re top 15, which we selected our team to discuss with our clients because we did not expect such a rush. We have about 200 days before the launch of Express, so there’s still time to choose”, – said Kravtsov.

Earlier it was reported that the railway to the airport “Borispol” will go under the ground.