The number of suicides of members of ATU exceeds a thousand. 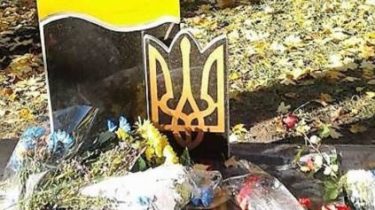 The number of suicides of members of ATU exceeds a thousand.

Monument to soldiers of anti-terrorist operation in Konstantinovka. Archive photo

This was stated by Chairman of the Verkhovna Rada Committee on veterans ‘ Affairs and participants of the ATO.

In Ukraine more than a thousand people who have passed ATO, committed suicide. This was stated by MP, Chairman of the Verkhovna Rada Committee for Affairs of veterans, combatants, participants of the antiterrorist operation and people with disabilities Alexander Tretyakov.

“In Ukraine for more than thousands of people who have recently fought in the ATO and ended his life by suicide,” – said Tretyakov, UNIAN news Agency reports.

According to the Deputy, after training at a military school for a long time he came to himself, but studied in time of peace.

“Two years dreamed of a military school, and this in peacetime. Can you imagine what dreams those soldiers who fought? And in what psychological state they are today?”, – said Tretyakov.

One of the reasons such a large number of suicides Tretyakov believes the concussion that soldiers receive after shelling. Artillery is experienced heavier than small arms, the MP said.

Also the Chairman of the relevant Committee of the Verkhovna Rada called for the establishment of the Ministry of veterans Affairs. As of April 2, the number of ATO participants is 329 thousand 500 people, the average age of veterans – 35 years and they are socially very active, they have a keen sense of justice.

We will remind, the Ministry of veterans already in the autumn should appear in Ukraineare developing according to American standards. Tretyakov agreed on cooperation between the parliamentary committees of Ukraine and the USA.