Three million Ukrainians in Russia. And why go to the aggressor 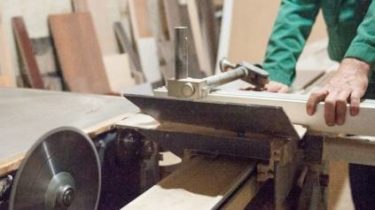 Three million Ukrainians in Russia. And why go to the aggressor

Daily one with the Kiev railway station in Russia sent eight buses.

Every 12 Ukrainian now living in Russia.

This was during a visit to Toronto, said foreign Minister Pavlo Klimkin.

Of the three million Ukrainian citizens the most are the ones who work in Russia, according to sociological research. Thus the flow of labour migrants to the neighbouring country does not stop, said in the story “Sedanka z 1+1”.

Migrant workers choose Moscow for several reasons. First, you do not need to learn languages, and second, it is not difficult to find a job, explains analyst Catherine Krivoruchenko. “At least there are some friends, acquaintances, relatives. There are situations habits, easier adaptation. Clear legal system to a certain extent,” she said.

Almost 35% of Ukrainians are afraid of hostility in the Russian Federation, according to the sociological research group “Rating”.

Desirable country for Ukrainians in Russia still do not believe. Now the leaders – Germany, Poland, Canada, USA and Italy. “Last year, in connection with historical events, obtaining bezveza the like, we see in part, that people who go abroad, pereorientirovanija. They are looking more now to Europe. Although this does not mean that you do not work in the Russian Federation”, – said the expert.

Daily from the station on the route Kiev – Moscow goes up to eight buses. According to the state border service, the Ukrainian-Russian border for the past half crossed more than 2 million Ukrainians, of which 77%, the survey showed, worked in Russia on the construction.

According to a study by Henley&Partners. Ukraine ranked 80 place out of 209 in the most attractive citizenships. Jump for the year was up 19 positions. During the rating, the experts analyzed internal and external factors. The internal include the scale of the economy, the level of human development; to the outside, in particular, a short-term visa-free travel from this country abroad, visa-free residence and employment abroad.